I have been actively doing research on topics related to Maritime Autonomous Surface Ship (MASS) since 2018 and they have resulted in several publications. Here is a summary of the published studies.

This study explores perceived safety of autonomous ferries by public in the Vestfold and Telemark region of Norway. There is a greater focus on automation of ships in this region, largely due the developed of the Yara Birkeland project in the region. The prevalence of existing ferry services in the region makes it natural to knot the technological development together and explore prospects of autonomous ferries. Using structured web-surveys, we found that respondents prefer lower degree of automation, mainly ships with Decision Support System (DSS) and semi-autonomous ships controlled from a Remote Control Center (RCC) with reduced crew on abord. Respondents are skeptical towards fully RCC controlled as well as fully autonomous ferries. Among the respondents, male sample, those very good at swimming as well as technology, and those using ferry once every month are relatively optimistic about safety of autonomous ferries. On the other hand, older people perceive autonomous ferry more risky than younger ones.

This is the editorial to the special issue on Advances in maritime autonomous surface ships (MASS) in merchant shipping. The special issue has published 07 articles. The studies in this MEL special issue on MASS demand a serious rethinking of Levels of Automation (LOA), curricula of Maritime Education and Training (MET), and port-ship interactions. They also offer a comprehensive smart-port architecture, to enable MASS; an assessment framework for cyber security risks; a MASS ecosystem for value creation, and factors enabling the prioritization of MASS adoption. The studies provide detailed insights on ensuring MASS in real-world shipping in the future.

Autonomous ships would require higher cyber-physical interaction in comparison with traditional shipping operations, thus increasing the vulnerabilities associated with cyber security. The increasing complexity surrounding the innate characteristics of the shipping industry makes it challenging to build a resilient framework for ensuring cyber security. This study proposes a multi-criteria decision-making (MCDM) framework for assessing cyber security risk in the autonomous shipping context. The research was validated through surveying subject matter experts, system designers and seafarers. Different types of equipment and systems are ranked based on their perceived vulnerability to cyber threats. Survey data from 28 subject matter experts are collected and analysed through the Bayesian best–worst method (BWM). At system level, the results indicate that navigational systems are the most vulnerable to potential cyber threats, while propulsion systems are the least vulnerable element in the context of future autonomous shipping operations. On a sub-system level, the three most vulnerable parts are Global Navigation Satellite System (GNSS), Electronic Chart Display and Information System (ECDIS) and the communication devices on shore control centres (SCC), while the least vulnerable parts are engine controls, SCC integration platforms and cargo handling at ports.

This study investigates the competitiveness of various autonomous ship categories for container shipping in the Arctic route. We propose a multi-criteria decision-making (MCDM) framework using four ship categories as alternatives and eight criteria for competitiveness evaluation. We analyse collected data using the Best–Worst Method (BWM), one of the recently developed MCDM methods. The findings reveal that operating expenses, navigation aspects, and environmental protection are the three most important criteria for deploying autonomous ships in the Arctic route. Among the three investigated autonomous ships alternatives, the semi-autonomous ship operated from a shore control centre (SCC) is prioritized for Arctic shipping in the foreseeable future, when benchmarked against the conventional ship. The SCC-controlled semi-autonomous ship alternative is competitive in the majority of the considered criteria including operating expenses, capital expenses, navigation, ship-shore and ship–ship communication, search and rescue, and environmental protection.

Over the last decade, a few autonomous ship prototypes have been developed. While Norway is pioneering the technological development of autonomous ships (AS), other countries such as China, Finland and USA have also made significant progress. However, future applications of AS and potential business models are not yet well explored. In the near future, AS are expected to be launched commercially, adding a new dimension in the merchant shipping industry. Thus, this study contributes to the maritime literature by (1) providing a review of the AS development projects and the benefits of AS from an economic, environmental and social perspective, (2) suggesting innovative uses of AS in short-sea-shipping (SSS), arctic shipping, and conventional shipping, and finally (3) discussing potential business models from the perspective of AS manufacturers. 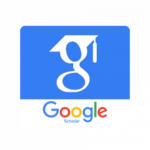